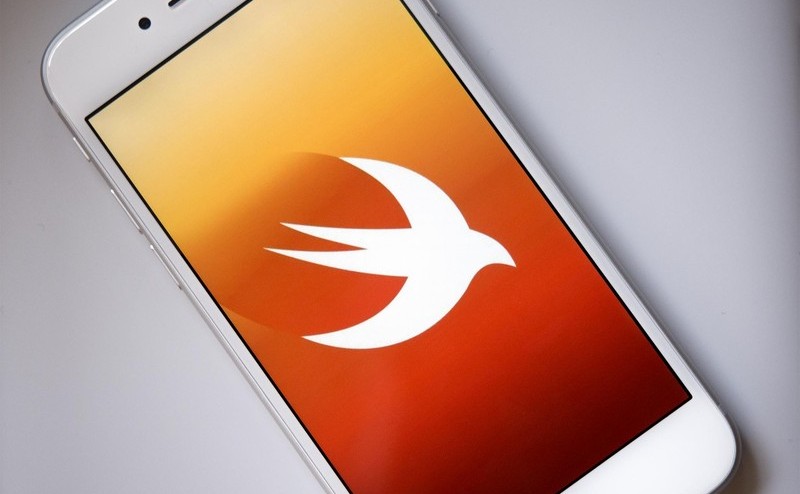 Top eight reasons why iOS developers should shift to swift

Attention, iOS app development companies and independent developers that are not yet enjoying the benefits of Swift programming language. Know this : Swift is slowly replacing C for embedded programming on Apple platforms. Moreover, it is thwarting Objective-C in app development for MAC, iPhone, iPad, Apple Watch etc.

The reason why swift is getting immensely popular amongst developers is the realization that programming languages don’t die however developers and organizations that cling to fading trends, do. 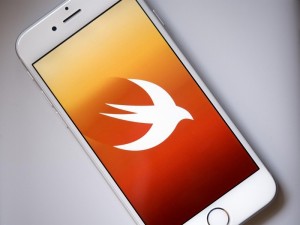 After devoting 4 years in thorough R&D , Apple introduced Swift as “Objective C without C”. Introduced in June 2014, Swift can be used with Apple products based on Objective C code. Apart from that, it is used in sync with Apple’s Cocoa and Cocoa Touch frameworks.

Apple wants speedy Iphone app development services in order to beat competition from Android . And they have always been smart in their maneuvers. Introducing Swift has been their move to overcome the inadequacies of objective C.

Various drawbacks of objective C like odd syntax filled with brackets and long variable names make it a bit obsolete to developers who have had a bite of modern day programming languages. Those developers who are well versed in Javascript or C# code on iOS or MacOS development, find a different kind of enthusiasm when programming in Swift with its Javascript, Python and Ruby enthused scripting. This cross compatibility makes things new, exciting and efficient for new age iOS developers. As a result they have started giving the step-motherly treatment to Objective C while developing iOS apps.

With growing adoption, Swift has the potential to become the go-to programming language for developing engaging and responsive consumer applications in coming years. Apple, realizing this has already optimized the compiler for performance and language for development for further scalability.

So, if you are in a dilemma over whether to adopt Swift over Objective C for your new iOS app , here is a list of ten reasons that will definitely solve your crisis and make you go for Swift ASAP.

There exists a smooth interface between Objective C and Swift that helps leverage the best designs and programming practises of both, at the same time keeping the program layout native to either of the two. In simple terms, as Swift was born from Objective-C, developers can use codes written in Objective C in Swift and vice versa.
As Xcode has a Swift runtime library embedded in the app’s bundle, Swift apps are compatible with latest iOS versions, OSX Yosemite and OSX Mavericks. Moreover, the apps can run on past, present and future OS releases.

As mentioned earlier,Swift addresses the shortcomings of C. Apple is dedicated on improving the speed at which Swift can run logic. Swift’s performance of the GEMM, a memory bound algorithm with sequential access of large arrays, was reportedly boosted by a factor of 1.4 Similarly another memory bound algorithm FFT, had a 2.6 fold performance boost, during it’s initial implementation. For the same, by applying best practises, a whopping 8.5 fold boost was obtained.
Moreover, app developers enjoy writing Swift apps as they are easier. Programming is faster as they do not have to import references for setting up the main function. Libraries handle most of the OSX and iOS user references, resulting in agile app development.
According to Apple, programs written in Swift will run 73% faster as compared to those written in Objective C.

Say bye bye to lines ending with semicolons or conditional expressions surrounded by parenthesis. Swift believes in being beautiful and looking beautiful. A code written in Swift is easier to comprehend as it looks uncluttered. It’s codes are similar to natural English language as well as other modern (and simple) programming languages like Javascript, Python etc, resulting in a more simplified syntax and grammar.

Now this is something for experienced programmers. Playground is a platform that allows coders to test a few lines of code, a new algorithm or a graphics routine without having to create an entire application. To top it all they get feedback along the way, thanks to Apple adding inline code execution. A feedback loop is created, replacing the mental model in programmer’s mind with data visualization. As the strain is reduced, a programmer’s efficiency is increased. Therefore we suggest iOS app development companies to look into Swift for efficient and agile development.

Swift generates a compiler error AS you write a bad code. Cool, ain’t it?? Problems are fixed as code is written, this is what every developer dreams of. Moreover it reduces the resources spent on bug fixing. What happens is that Swift prompts a runtime crash that provides consistent behaviour forcing the developer to fix the issue immediately. The line of code is paused when this happens meaning that the bug either has to be fixed or it will be avoided in the entire Swift code.
Type inference makes Swift type safe. This feature reduces code length. By default, Swift is a strongly typed language and this default setting is always in place preventing false coding due to faulty input.

Here lies the prime difference between Swift and Objective C. Combining two pieces of information is quite a tedious task in Objective C as there are many steps to be taken. Moreover, in Objective C, working with text strings is quite verbose.
Swift differentiates itself by reducing the amount of coding required for repetitive statements and string management. It has adopted features that are seen in modern day programming languages for example two strings can simply be added together with a “+” operator.

The simpler the code, the smoother the reuse. Due to codes being simple, programmers spend less time on its reuse and can roll out updates (and new app versions) quite frequently. As lengthy bug fixes and development processes are eliminated, for an App development company Swift saves time and man hours.

In Objective C, it is a programmer’s responsibility to deal with memory management as they are working with low level APIs available in iOS. They may have memory leaks while coding. Memory management feature in Swift provides a sigh of relief by establishing the right track for coding and warnings for moves that deviate from the intended path. This eliminates memory leaks observed at the Objective C end. It is one of the prime factors that increase productivity.

Swift gets modern day developers fall in love with it. Period. Owing to the lesser (and quicker) learning curve, Gen-x developers are joining the Swift bandwagon. It’s cool and it creates competitive apps in a much shorter time period.
The downside is that in hope of miracles, some lesser experienced programmers jump in but end up with coding errors and bad user experiences. But this is just the adopting phase. People are still getting acquainted.

The happy aspect to this is that those who found Objective C too “tough” can now see their apps in app store. App store on the other hand will witness new talent and innovative apps.

Working as a developer for Xicom Technologies Ltd- a leading iPhone app development company, i have penchant for photography and learning new things. If you are searching for IOS Developer for Hire then you can contact her.I have been writing blogs based on my programing experience and i am avid follower of technology.